Mike Korn has been repairing clocks since 1978. He is a 3rd generation clock repairman.  His clock facility is located in Centennial, Colorado.

His grandfather was a watchmaker and clock repairman in downtown denver in firt half of the 20th century. (1920's).  His store is pictured below.  My father also an accomplished watch repairmen specialized in military surplus wristwatches buying from the government rebuilding then selling to collectors and the general public.  He had one of the most extensive inventory of Benrus, Elgin, and Bulova parts in the western United States.

Mike spent 16 years as a student at the Emily Griffith Technical College.  Then as the need warranted, he was asked to teach the clock repair class.  He taught for 11 years from 2004 thru 2015.  He was only the 5th clock repair instructor at the school since the program opened in the 1950's.  He has held 2 vocational teaching credentials issued by the State Board for community colleges for the State of Colorado, One for teaching clock repair and the other for teaching computer software.

An active member of the National Association of Watch and Clock Collectors, Inc. (NAWCC) since August 1994 and a member of the local chapter 21 since 1998. In 2015 Mike became a Fellow member with the NAWCC and has been a member of this organization for over 20 years.  Member number 0126874.

Mike's clock work history includes warranty work for Howard Miller and Ridgeway clock companies,  Woodley's Fine Furniture and LaZboy Furniture.  He has worked for Rocky Mountain Clocks, Hansen's Jewelers, and The Antique Clock shop in Denver and Aurora.  He currently does clock repair at his shop in Centennial, Colorado.

Mike has been active in the local chapter business of the NAWCC since 2002.  He assumed the roll of web developer.  He provided oversight and technical support for the chapter 21 website. He has been secretary of chapter 21 between September 2003 and 2006.  In October of 2006 the additional roll of chapter treasurer was given. In 2013 he gave up both positions to become the local chapter president.
His philosophy as president was simple. Make the meetings interesting. Create an environment of discussion and information sharing. Given this thinking, he started the "Early-Bird" presentations. The philosophy was to get members involved in discussion with ideas traded and knowledge shared. Mike also created the initial scholarship fund from old tools from the Emily Griffith class. These tools were no longer needed and the administration.  They "Just wanted them to go to a good home". The monies collected were used to "Payback" the administration and to offer clock repair students monetary assistance in the form of student scholarships. This in time migrated into the Margine Oswald Scholarship Fund as it is today. 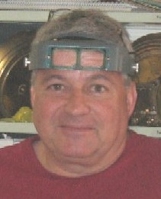 Other activities include organizing the repair of the East & South High School tower clock repair in Denver Colorado. He currently organizes trips to East High School to do minor maintenance and take visitors to the tower to help bring in the time change.  These trips have been documented on 9News 2016 and Channel 4  and another in 2009 in Denver.